How are snow plows working..?

Manual snow plows first appeared on the market in the 1950s and quickly gained a foothold as an alternative to shoveling snow to clear a path after a long, heavy snowfall.

Today’s machines are available in a very varied range:
– Machines with gasoline engines from small models with 25cc of power up to 200cc engines with almost 1 meter width.
– Electric machines to be in charge of cleaning areas with more modest thicknesses of snow, no more than 40cm deep.

How does a snow plow works? 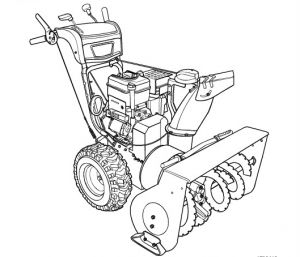 Without going into technical details, the most important thing is the heart of the milling machine. They are the rotating blades called augers or bits on the right and left sides, and turning in opposite directions that “tear” and move the crushed snow towards the center.
In the middle is a fan called an impeller that sucks up the snow and blows it out. The shredded snow is propelled at high speed by a mobile channel, the person in charge of operating the milling machine can direct to expel the snow in the direction and direction that is most convenient to remove the snow.

And there is no better way to learn how something works than to see it!
If you are not very good at English, you can activate the subtitles in the video.

Hi, our names are Leni and Marcos, nice to meet you !

We love travel to nature, and we've started this place to share knowledge, tips and travel destinations with you. Thank you for visiting!

Manage Cookie Consent
We use technologies like cookies to store and/or access device information. We do this to improve browsing experience and to show personalized ads. Consenting to these technologies will allow us to process data such as browsing behavior or unique IDs on this site. Not consenting or withdrawing consent, may adversely affect certain features and functions.
Manage options Manage services Manage vendors Read more about these purposes
View preferences
{title} {title} {title}